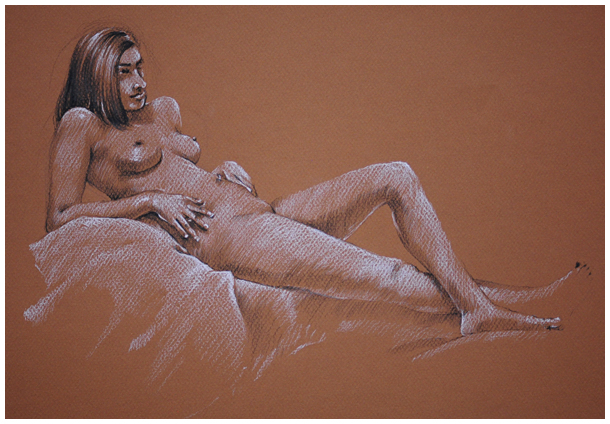 I had to tear the last drawing in half to get this piece of usable paper. I'll buy $10 Fujifilm Polaroids, but still find it hard to buy $3 paper for class.

Notes: Tonight was a long pose.  A bit difficult getting the face down because the paper that I’m working on is half a sheet.  But I did set out to draw the entire figure for once and with the long session, it even gave me time to be a DJ.  Being a drawing person, I’ve listened to a lot of music over the years to accompany my useless mark making.

Browsing through other people’s music collection is a somewhat odd thing.  These days with entire libraries on a device, most songs listened to are cherry picked.  This current generation can’t even sit through a single song without getting antsy and skipping through it, so lost on those ears are the experiences known as albums.  Personal and solitary moments of listening to albums beginning to end so that you can appreciate what the artist was trying to do, and make you a more cultured person in real social debates of importance.

Subtleties like how every last Smashing Pumpkins song on every album is beautiful.  Or how when you listen to them separately enough, Radiohead’s “Pablo Honey” might be better than “The Bends.”  These days, when a song comes on that was popular just a few years back, most kids will cry out, “Wow, this song’s old.”  As if 4 years ago was old.  No respect for time.  Not even the slightest knowledge of just how old Beatles and Motown songs are.  Lost on them are artistic pieces like DJ Shadow’s “Endtroducing.”  Art that is better than anything you’ll find written or drawn online anywhere.  When did that come out?  Back in the dark ages of 1996.

So for tonight’s session I rifled through the studio’s portable music player and queued up some some songs that I felt like listening to:

Again, when I work on any drawing, I tend to think about everything else besides the piece at hand. 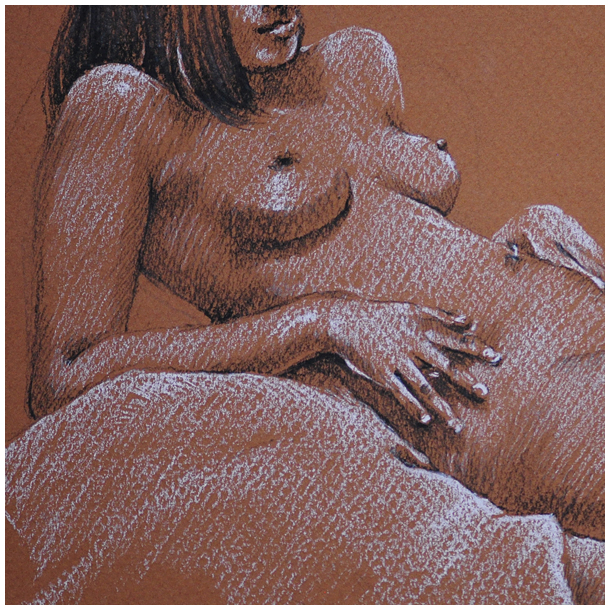 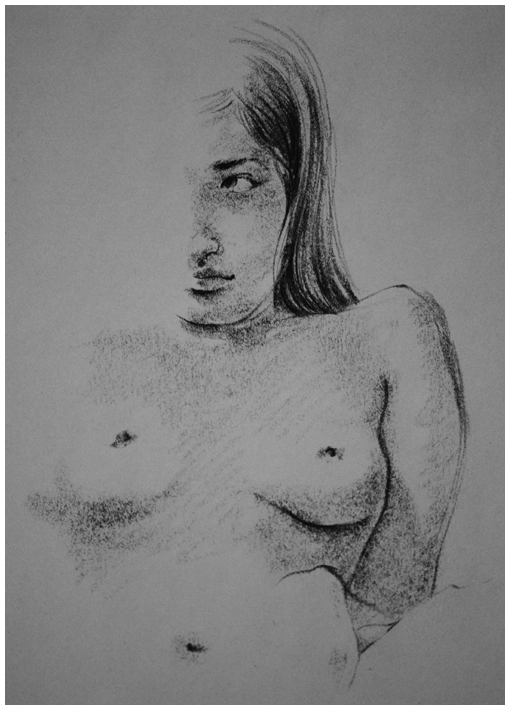 Had some extra time left over so did this quick drawing from another position. Charcoal on Newsprint. 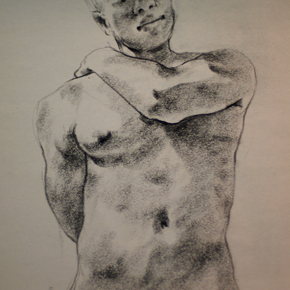 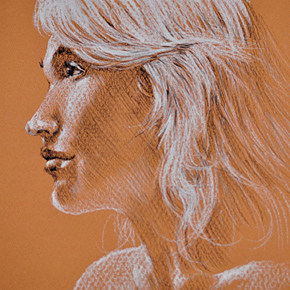 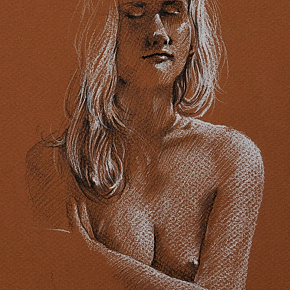 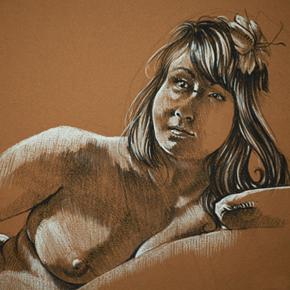