The latest fad with digital photography is geotagging.  With simple software and hardware you can pinpoint exactly where and when you were on planet Earth, as you threw up gang signs in front of some far off location to impress your friends on the social networking sites.

It was quite distressing to see the markers loaded up in Google Earth.  The red dots aren’t landscape photos, but tagged spots representing bombing mission data from just the U.S. Air Force.  If more data were released from the other parties in the bombing campaign, I’m sure the screen would be bright red.

Millions upon millions of ordnance was dropped on Laos in the late ’60’s and early ’70’s.  (One of the above photos is just from one province in Laos)  A large portion never detonated and still contaminate the land, where people rely on subsistence farming to survive.  At the current removal rate and funding, it would take thousands of years to clear them all. 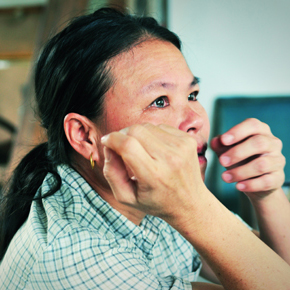