I got up early once again and decided to walk around Phonsavanh, Xieng Khouang. The town reminds me of an old Western, with its main road and hotels and stores on either side. I was told that this emerging city was where the locals moved to after the bombings 30 plus years ago.

While strolling the streets looking for a good sunrise spot, I noticed shop keeps sweeping in front, out of towners walking to the market with fresh vegetables—and this little boy curled up on the concrete. He was asleep, with this knees tucked under his shirt like a makeshift blanket. I thought about waking him, but he looked like he was quite out of it, so I just continued my wanderings and stepped back into the hotel to clean up. I returned a few minutes later, stomach already growling and mind set on the local famous noodle shop. I ran in VV and CK on the way, we greet each other, and the same little boy comes running around the corner saying in Lao, “Big sis, that store is open now!” I look at the kid, spiky hair, unwashed clothes, and I ask what the commotion is about. Turns out CK was going to buy him some shoes. I could tell he was Hmong, but he could speak Lao in an almost charming and beguiling way. He’d skip ahead of us and look back as we followed him to the nearby shop.

Jia was a kid who probably had no real idea how old he was, but 9 or 10 seems about right. As he was trying on various sandals, I thought about how, when I was his age, I too would ask my older brother to buy me some nice brand name shoes, a cloak or veil of sorts to hide how poor we were growing up in the states. This however, was real poverty, a Hmong kid without parents and living in a country that is poor in itself.  Jia ended up choosing some black sandals over some Nike’s and Spider-Man sandals, and as we walked to the noodle shop, he spotted a friend, another barefoot Hmong kid named Thuy.

Xieng Khouang, or rather most of Laos, has a ton of stray animals, dogs and cats without collars, just roaming the streets eating scraps from wherever. There were a few huddling around us, as the two boys just wolfed down their “kow piek.” It’s one of my favorite Lao dishes, (translated literally as “wet rice”) consisting of chicken broth and noodles that your mom would usually make you when you’re sick. I was sitting in front of them, just watching the two kids eat, and CK was at the edge of the table, crying a bit.

These were clever kids. I’m sure living their life has made them employ all sorts of means to not be hungry. Jia knew about digital photography. He asked me to take a photo of both him and his buddy so he could look at it. He even went as far as to ask for a print of the image. Like I said, these were clever street kids. I believe a bowl of the noodles was 10,000 Lao Kip, which is around $1.25 USD.

Even if my recollection of the events isn’t 100% exact, and even if his story is a remarkable Dickensian ruse, it still brings to light that poverty and lack of education are some of the biggest problems in Laos. Sometimes we give, not for them, but for us. 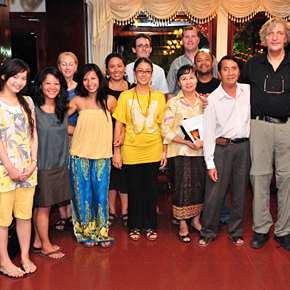 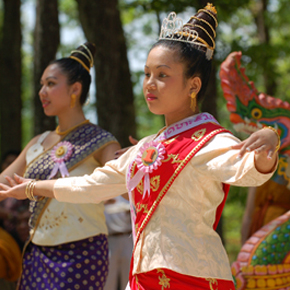 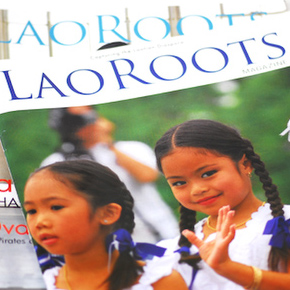